Theatre-maker, actor and visual artist Thomas Verstraeten (°1986, Belgium) lives and works in Antwerp. Along with Stef Aerts, Joé Agemans and Marie Vinck, he is part of the FC Bergman theatre company, creating plays and operas that have won respect nationally and internationally. The floundering, ever-striving human being takes centre stage in FC Bergman’s work. The productions are characterized by large-scale montages of images and experiments with theatre in vast spaces, with groups of extras and integrated video. For the last six years, FC Bergman has been attached to Antwerp’s municipal theatre Toneelhuis.

Verstraeten also works independently of FC Bergman on an art practice that straddles performing arts and visual arts. In his visual practice, Verstraeten spins narratives out of the movements of the city and its inhabitants, out of their visible and hidden stories and lives. In his videos, installations and often participatory performances, the ordinary is theatralized into the extraordinary. Theatralization is “not about the creation of fiction, but the transformation and idealization of time and space” (Bart Verschaffel, On Theatricality). These projects have been presented in the urban public space and in cultural institutions. 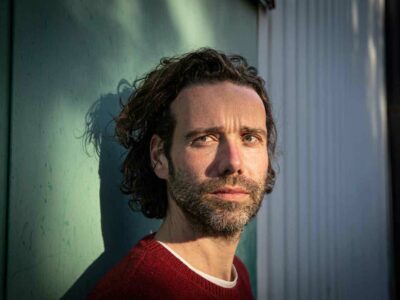